Mark Cossey grew up in Australia, with a brief stint as a child in the Midlands. The experience of constant drizzle and Morris dancing inspired him to return to Britain where he currently works at the BBC. He has seen time on Doctor Who, the Royal Wedding, and occassionally made television with sheep. Why he got the sheep job he doesn’t know. He has trouble walking in a pair of wellingtons.

He is married to Martha, a screenwriter, and they live in London. Clearly, they had a bit of shocker trying to start a family, but got there in the end and now have two small sons.

Trying is his first book. It’s about trying to have a baby and how his relationship survived it. Ben Hatch calls it ‘very funny and very true’. It’s available here 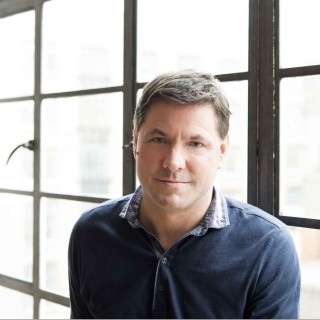